I don't know how to catch this space / width DRC error where 2 squares are just attached by a corner, any idea 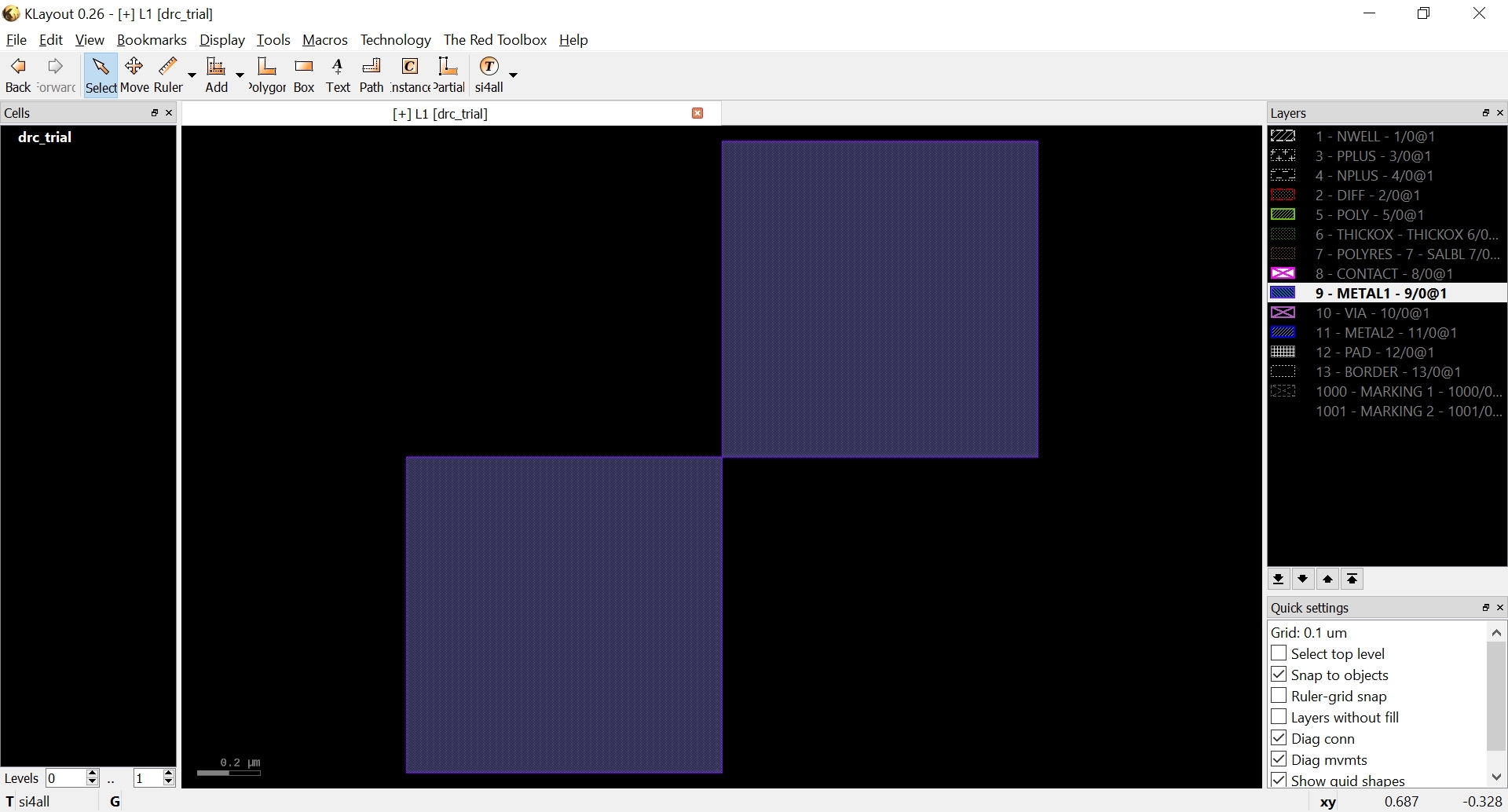