The reason I want to do that is because it would be really helpful and less difficult to edit library cells in a separate file that uses these library cells. That way, I can see how my library cells are used and fitted into my design and I can adjust the dimensions and other properties of my library cells accordingly.

Here’s an example to illustrate my problem:

Suppose I am editing this test.GDS file and I inserted the cell “M1G1” from file M1G1.gds, which is not created inside test.GDS.

I have also included the M1G1.gds file in the ruby script: 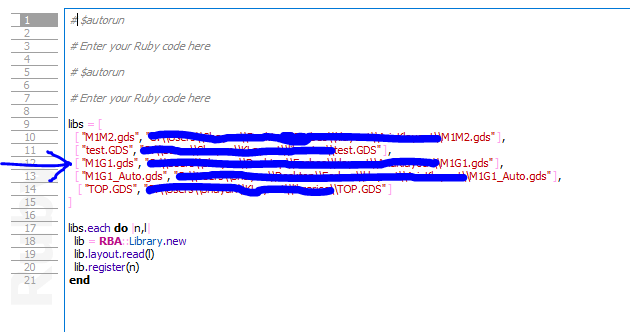 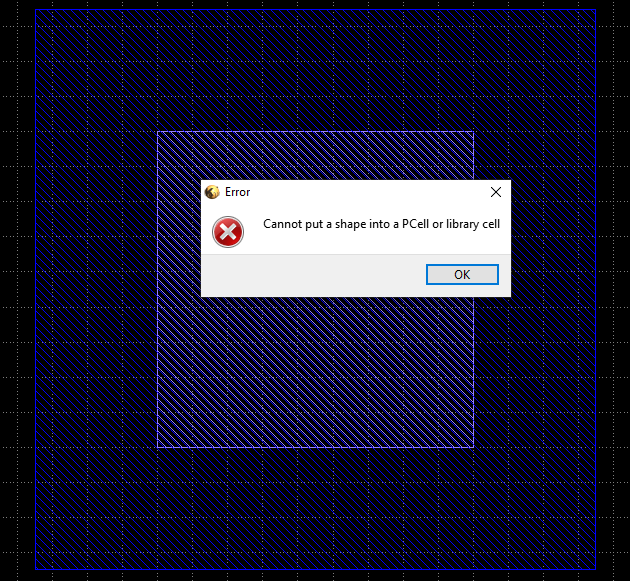 The only possible ways are to edit “M1G1” inside the file M1G1.gds or convert my “M1G1” cell as a static cell inside test.gds: 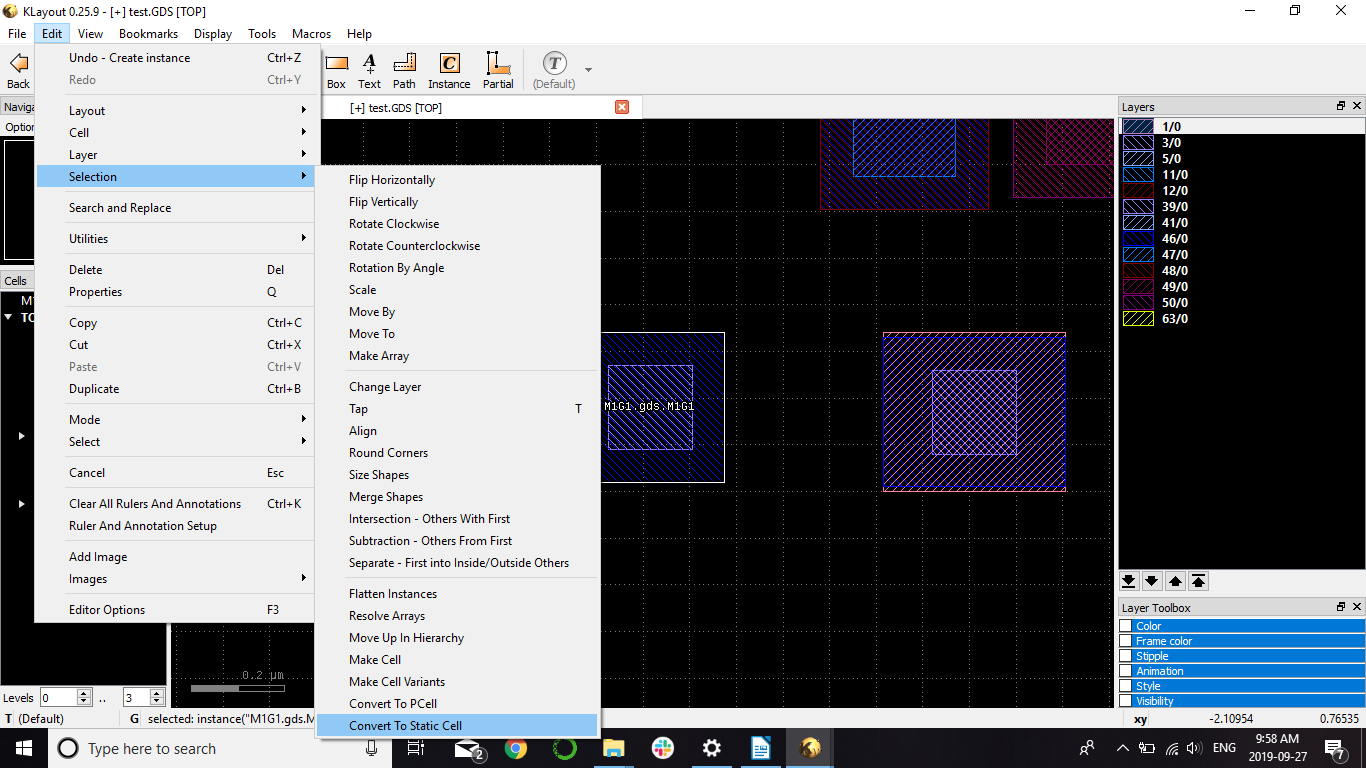 If I convert my “M1G1” cell into a static cell, the cell instance name will change,

and any change I made inside my new “M1G1$2” static cell will not get updated to M1G1.gds.

Lastly, if I overwrite my new “M1G1$2” static cell into the M1G1.gds file, I would get something like this if I open M1G1.gds: 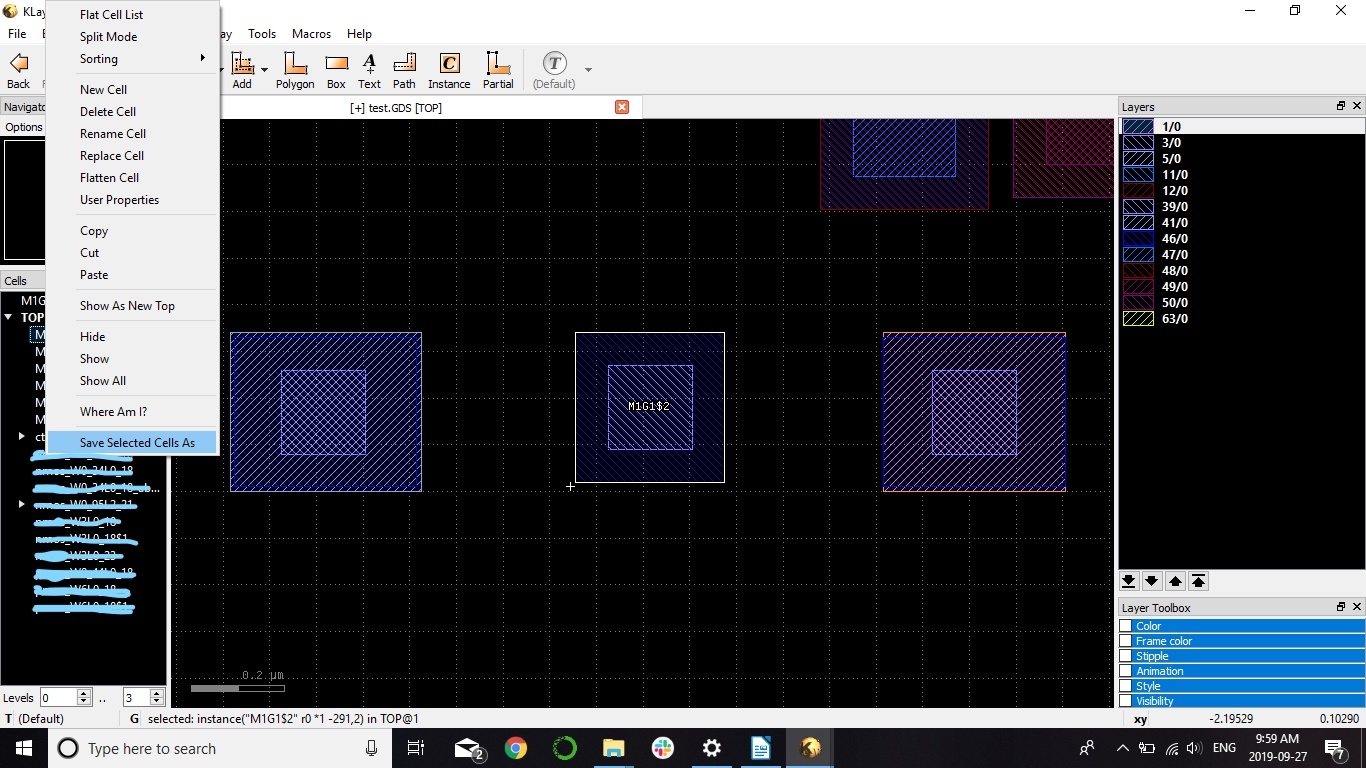 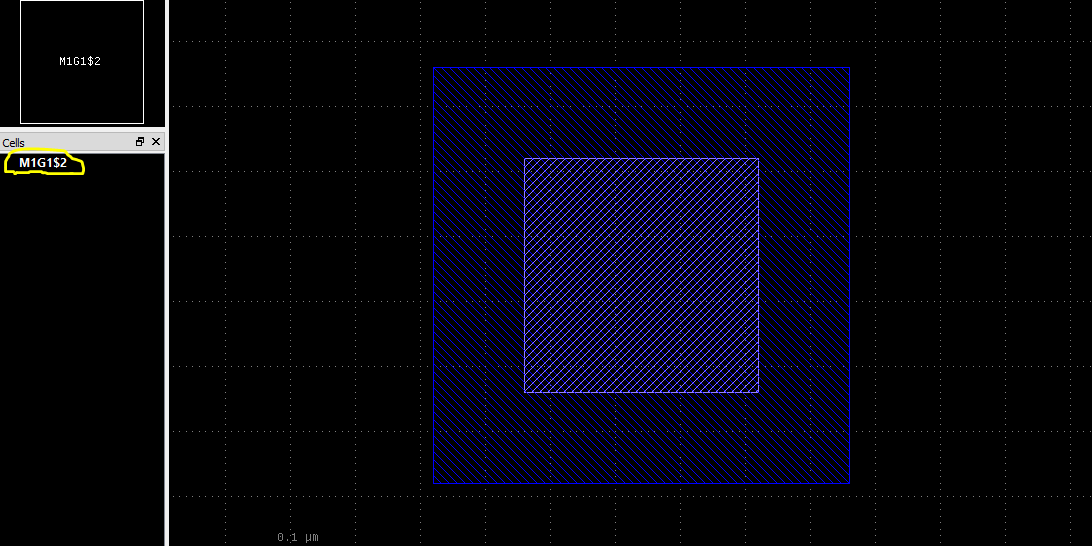 Sorry for the long post and thank you very much!