Hi, Matthias,
As you may know, ambiguities occur in highly parallel and symmetric circuits.
For example, if there are placing decap cell (consists of PMOS/NMOS )between VDD and VSS,
those decap cells can be interchanged without affecting the connectivity.
Then, it is impossible to distinguish between the such cells.
When I tried to run LVS for my existing hand-crafted logic circuit block including 360 of decap cell, matching was failed at top level connection.

To confirm this issue, I made simple test cell and tested LVS.
The cell consists of 1 of INV cell and "n" of Decap cell (2PMOS+2NMOS) between VDD and VSS.

Is it possible to enlarge this N by enhancement?
Thank you very much in advance. 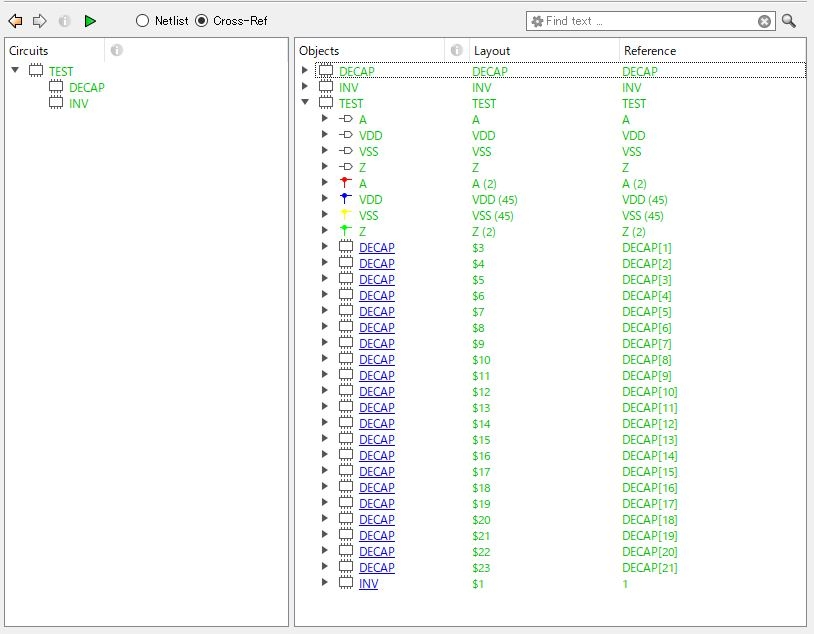 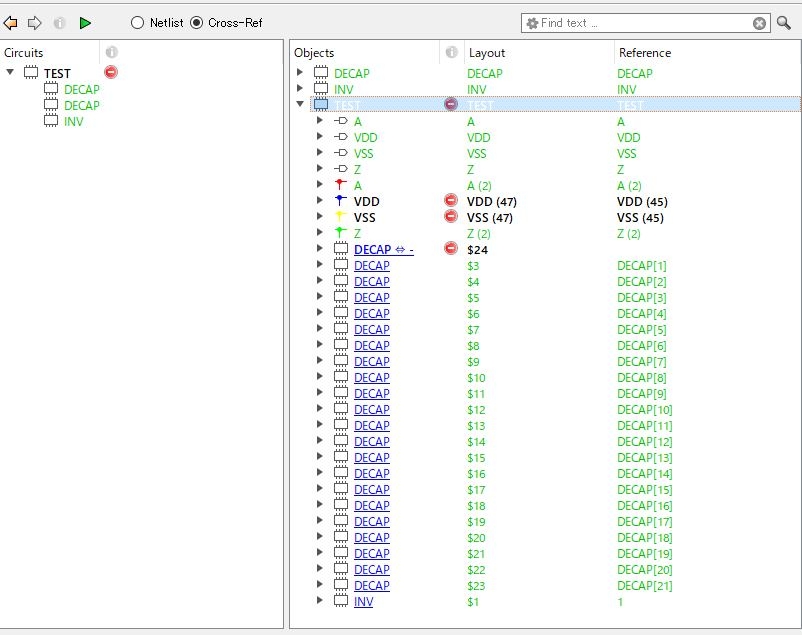 PS.
If you solve this issue, Klayout's LVS functionality will become similar to commercial tools.
So far you have appreciated the many enhancements needed for LVS in stand cell base logic circuits.
(Dummy poly pin, Double height cell, Reduce split gate, etc.)