Hi,
I am working with some transistors that have an interdigitated source and drain under the gate and I have not manage to extract the device with the mos3 function. Is possible to extract this type of devices with their dimensions?
The device shape is as follows: 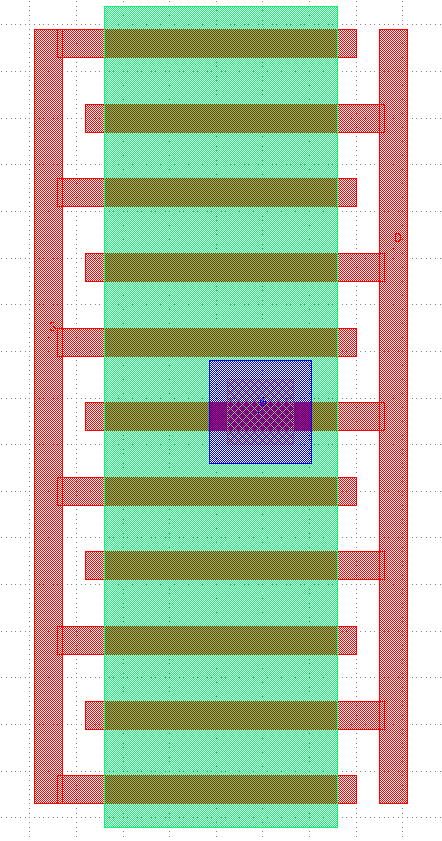